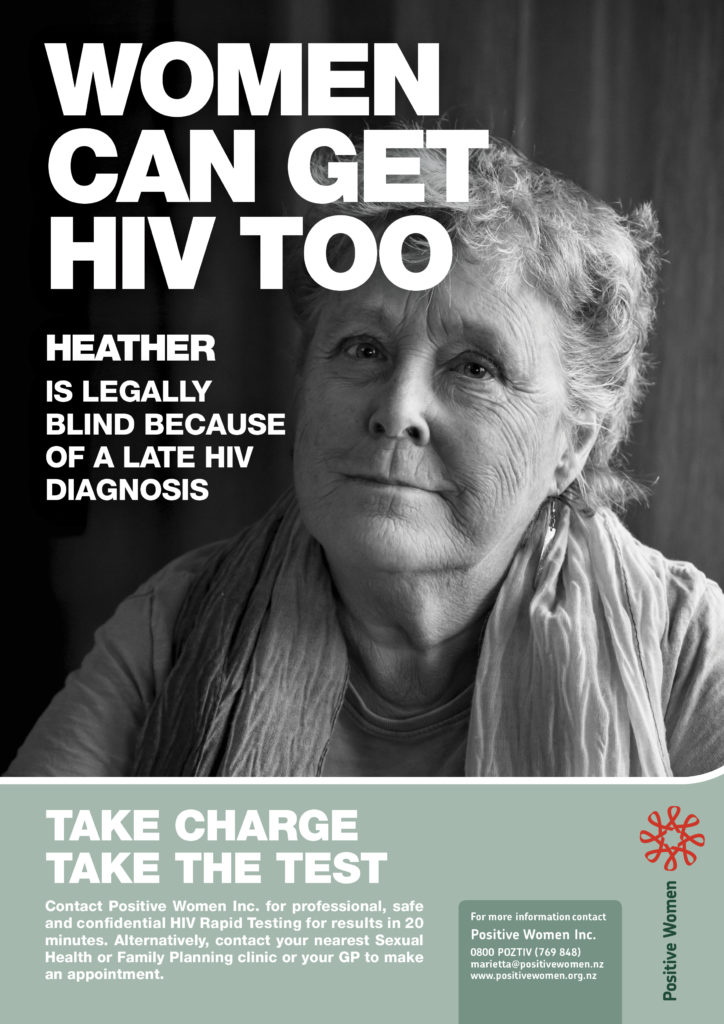 Positive Women Inc’s HIV testing campaign is centered around the understanding that “Women can get HIV Too”, something which is often overlooked. This oversight has resulted in the death of three women since 2014 and has also left some women with permanent disabilities due to being diagnosed late.

Heather Sangster-Smith is the face of the campaign.

Heathers health started to deteriorate in 2009 when she experienced severe joint pain, boils, hair loss and fungal infections. For five years she visited several doctors and specialists. No one could tell her what was wrong.  The unexplained symptoms where impacting all areas of Heathers life and she had to leave her job as a schoolteacher of 30 years.

In March 2014 Heather was admitted to hospital where she was put into isolation as the doctors thought she might have the flu. Many tests were carried out, but Heathers condition worsened. Finally, she was given an HIV test and on Day 8 in hospital, she was told the test showed she had HIV.  Because of the late diagnosis, recovery was not simple. Heather was in hospital for a further 2 months. Her body was shutting down, she was unable to walk, and she lost her eyesight. It took 3 years for Heather to feel well although she still lives with permanent disabilities, the most significant being blindness.

If a simple HIV test had been done earlier, Heather would not have had to live through years of debilitating illness and consequent disabilities.

Heather was not offered an HIV test because she was not considered to be someone who might be at risk of contracting HIV. This sort of stereotyping is dangerous.

Times have changed, HIV is no longer a death sentence. When diagnosed early people can be put onto HIV antiretroviral medications which reduces the load of virus in the blood to levels which are undetectable. This means the virus will not be attacking the body’s immune system and people who continue to take their medications can have a life expectancy the same as someone who does not have HIV.  An undetectable viral load also means a person living with HIV cannot pass on the HIV virus even when having unprotected (condomless) sex.