This is a virus, which attacks the body’s immune system. The immune system is a network of organs and cells that keeps you well and helps protect your body against illness. By damaging the immune system, HIV interferes with the body’s ability to fight infection and disease.

Here is an informative short video about What Is HIV

How do you get HIV? 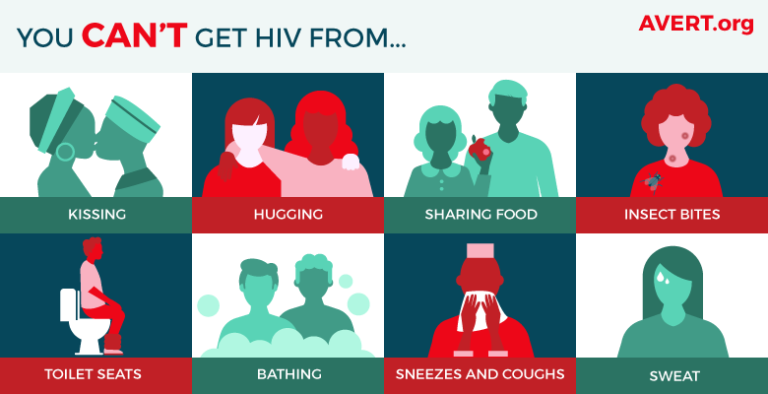 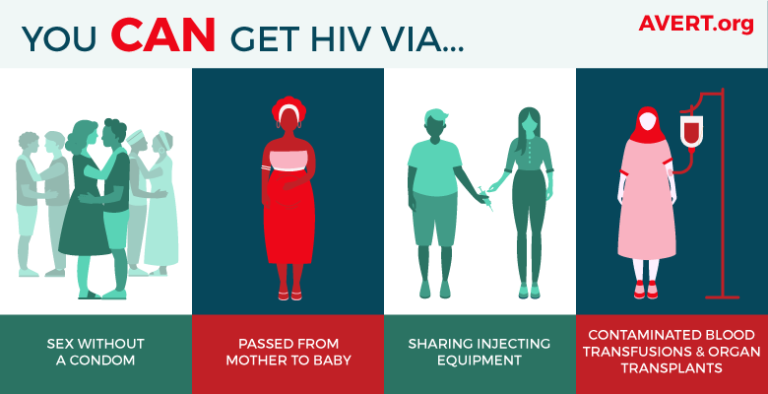 You can only get HIV by coming into direct contact with certain body fluids from a person with HIV who has a detectable viral load. These fluids are:

For transmission to occur, the HIV in these fluids must get into the bloodstream of an HIV-negative person through a mucous membrane (found in the rectum, vagina, mouth, or tip of the penis); open cuts or sores; or by direct injection. Using condoms during sex, or taking PrEP consistently will protect you from HIV infection through sex.

Please note: People with HIV who take HIV medicine daily as prescribed and get and keep an undetectable viral load have effectively no risk of sexually transmitting HIV to their HIV-negative partners.

How do you know if you have HIV?

To find out if you have HIV you will need to take a blood test. For the majority of people, HIV testing will be accurate at six weeks after possible infection.
There are three types of HIV tests:

It is a good idea have an HIV test if you:

Testing positive for HIV does not mean you have AIDS.

AIDS is a term that applies to the most advanced stages of HIV. It generally occurs when a persons immune system has been weakened as a result of HIV and can no longer protect itself from infections. It is a collection of life threatening illnesses and conditions.

Now, as more and more people access medication, most people living with HIV do not progress to AIDS.

What do you need to know about treatment?

Treatment for HIV is called antiretroviral treatment (ART). This is a collection of tablets which needs to be taken daily. If a person has been diagnosed with HIV, it is recommended they start ART as soon as possible. Whilst ART isn’t a cure for HIV, it does inhibit the virus and enables a person to have the same life expectancy as a person who does not have HIV.

To find out more about specific drugs click here

U=U stands for Undetectable = Untransmittable. When a person living with HIV is on effective HIV treatment, the virus becomes undetectable in their blood. When the virus is undetectable, HIV cannot be sexually transmitted.

PrEP stands for Pre-Exposure Prophylaxis. It is an HIV prevention medication for HIV negative people who may be at significant risk of getting HIV.

PrEP does not protect the user from other STIs or pregnancy. PrEP is also not a cure for HIV; it is a prevention drug.

What is the law around sex and disclosure in Aotearoa New Zealand?

When a person tells another person they have HIV, this is called ‘Disclosure’ or ‘Disclosing’.

In Aotearoa New Zealand, everyone has a legal duty not to endanger the life, health or safety of others.

Legally, if a person living with HIV has not taken ‘reasonable precautions’ to avoid passing HIV on to sexual partners, they risk prosecution for criminal nuisance or wounding with intent under the Crimes Act 1961, section s145 or s188(2).

Having an undetectable viral load has not been tested in New Zealand law as taking ‘reasonable precautions’ to avoid passing on HIV.

If a person living with HIV has sex with someone without using a condom and without disclosing to that person, there might be a case for legal action:

We offer support services for women and families living with HIV which include:

Other health promotion services include: